Confession time: I’ve been duped. Yes, as in I fell for it, hook, line and sinker. What did I fall for, you ask? I bought an entire stash of cloth diapers from a diaper company who picked their pattern, fabrics, snaps, everything out of an overseas catalog and sold it as their own. Now, these diapers are not to be mistaken for other good quality diapers that are manufactured overseas. These diapers are not good quality. They are cheap; they were extremely inexpensive to buy and because of that they are also cheaply made.

I started to figure out this mess that I had made about six months ago. The PUL on my pocket diapers was coming off. Not, starting to break from wear and tear from my washing machine or dryer but literally loosening itself from the fabric. I sent the diapers back and received new ones in return.
They’ve somewhat held up. Next, the elastic around the legs and waist have started to loosen up so much that every time my daughter pees it seeps straight out.
Feeling ever so guilty that I fell prey to cheap knock offs and worrying about having to possibly replace 24 diapers I voiced my concern to my hubby. Now, he’s the logical one in our marriage, the strategist, the numbers guy. He listened and didn’t really say anything so I just assumed that eventually we’d have to replace all 24 diapers with a high quality brand.
Then I started noticing that every time our daughter was wearing one of our cheap pocket diapers she had a cover on over it. I thought that was rather strange; why would we use a cover if we were already using a pocket. After a few days of seeing this occurrence whenever my hubby changed her I finally asked him what was going on. To which he replied that I figured using a cover over the cheap pockets would at least give our diapers a longer stretch of wear than when worn alone.
Using good quality diaper covers over a cheaply made pocket diaper that’s falling apart; not a bad remedy to a cloth diaper blunder if you ask me! I have to say that I have yet to come in contact with a cheaply made diaper cover. My favorites, to name a few are the Thirsties Duo Wrap, Sweet Pea Covers, and Palm Tree Diaper covers. All vary in price but all are so good at what they do. So, if you’re like me, and you bought into the cheapie cheap pocket diapers don’t worry, rather than spending hundreds of money on better quality cloth diapers buy a few good quality covers. Then, when you need to purchase another stash of fluff take my suggestion – buy good quality diapers from good retailers. Trust me, I made the mistake. 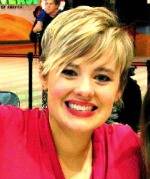 Elizabeth AKA “Bert” Anderson is a married stay-at-home mom of two residing in the Twin Cities. She started using cloth diapers in 2009 as a first time mom. Don’t be too impressed by her ambition, her husband told her they were doing it to save money. After a few weeks of using cloth diapers she fell in love and wants to tell anyone she meets that if she can do it ANYONE can do it! Bert loves to write about cloth diapers, being a mom, and her recently acquired healthy lifestyle on her blog First Time Mom.