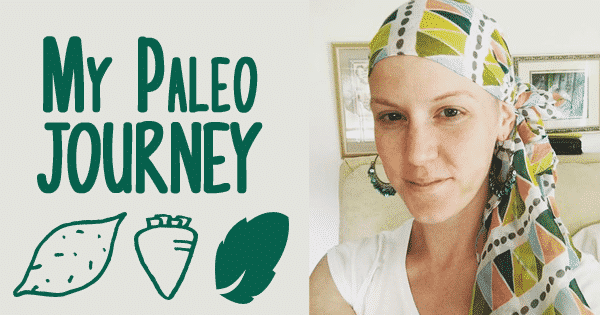 I eat Paleo. Most of the time. I have made a conscious decision to change not just my diet, but my lifestyle to help my body function the way it was intended to function. And I’m not perfect. I have cheat days. Sometimes, I cheat a little every day, but my goal is just to cheat on Sunday afternoons because we have a Sunday Afternoon Pizza tradition and I’m just too tired to make it from scratch with Paleo ingredients.

But let me start from the beginning.

My Paleo journey began way back when I was trying to get pregnant with my son and my pregnancy tests were coming up negative month after month. For seventeen months we tried and failed to get pregnant, which isn’t really that long, I know, but it seemed like forever to me. I talked with my chiropractor about it, and as he is a huge proponent of holistic health, he suggested a couple of things: Get enough sleep, exercise regularly, and eat Paleo: no grains, no refined sugars, no beans, no white potatoes, and no processed/refined foods. He also suggested no dairy (which has been key for me), though not all people who eat Paleo avoid dairy. He gave me a long explanation as to why—and you can look it up on various websites—but basically our bodies weren’t meant to process a lot of the things in all of those foods and in addition to causing inflammation in the gut, they can actually lead to things like diabetes, heart problems, celiac disease, autoimmune diseases and more. When you eat Paleo, you go back to hunter gatherer roots, eating things that could be found if you lived that lifestyle. Often called the “caveman diet” for this reason, you pretty much attempt to replicate the type of lifestyle that is common in cultures that don’t practice farming: lots of exercise, sleeping when it gets dark out (not with no lights), and food you would hunt and/or gather like fish, meat, roots, fruits, veggies…you get the drill.

Well, I was desperate to get pregnant, so I switched to the paleo diet right away. By the end of the month I was not only pregnant, but I was kind of tired of avoiding my favorite foods. Unfortunately, despite craving grains and sugars, my pregnant body had come to rely on the Paleo diet and during my son’s pregnancy, it was all I could eat if I didn’t want my hyperemesis gravidarum to flare up and send me to the hospital dehydrated, sick, and weak.

When my son was born, I was so traumatized by my pregnancy that I went to Dunkin Donuts the first day out of the hospital and got a nice, sugary coffee and a Boston cream donut. I was tired of the restrictions and I wanted to eat and eat and eat without caring about rules. You will only understand that urge if you’ve had HG and eating has been a humongous and frustratingly necessary chore for nine months straight. I didn’t care if I became fat, I just wanted to enjoy food again.

But obviously, that kind of a lifestyle comes with a price. I have a great metabolism that masks the damage junk food does to my body, but last summer, when I suddenly needed five root canals in less than three months, that damage became terribly evident. I asked all the medical professionals in my life what I could do to keep my teeth in good shape, and all of them told me to brush and floss more. I knew that wasn’t the problem as there wasn’t really a way for me to clean my teeth more than I already did. So I asked my chiropractor again and again he guided me to a Paleo lifestyle. Traumatized by constant dental emergencies, I went to the grocery store immediately after that visit and made a lifestyle changed within hours that not only had me drop weight, but made me feel much better. A couple of months later, we discovered breast cancer and I was truly thankful that I was already on the path to healing with my healthy lifestyle changes in place.


Now that I’m fighting cancer and hoping to keep my teeth from disintegrating any further, I do my best to stick to a Paleo lifestyle, though I do make allowances for some controlled cheating on the weekends in order to keep my sanity. I eat a diet of organic meats and eggs, vegetables and fruits, seeds, and nuts and I avoid potatoes, legumes (beans, peanuts, etc.), grains, most sugars, dairy, and processed foods. It’s restrictive, more expensive than my non-Paleo food, and more time consuming, but every time I look at my little family, I feel that it’s worth it to me to put in the extra effort to help my body stay alive longer so I can be there for them. I only wish I’d done this sooner and who knows if my body would have been strong and nourished enough to fight the breast cancer on its own.

So what does this look like for me?
First of all, the exercise thing is a breeze. Using my Apple Watch, (you could use also use a FitBit) I discovered that I easily get 30 minutes of exercise a day running around after my children and the children I babysit. In addition, I try to get in some yoga and a brisk walk. I was really good about the latter until my chemotherapy, but now that that treatment is out of the way, I hope to get back into the routine again. Also, I put my phone far away from my bed so that I don’t pick it up and look at it in my half asleep state in the middle of the night. I wake up frequently on a good night and feel I can’t fall back asleep (and then do), so it’s always a temptation to keep my brain occupied with my cell phone. I also get regular chiropractic adjustments which helps my body maintain the connections that will allow it to heal itself. 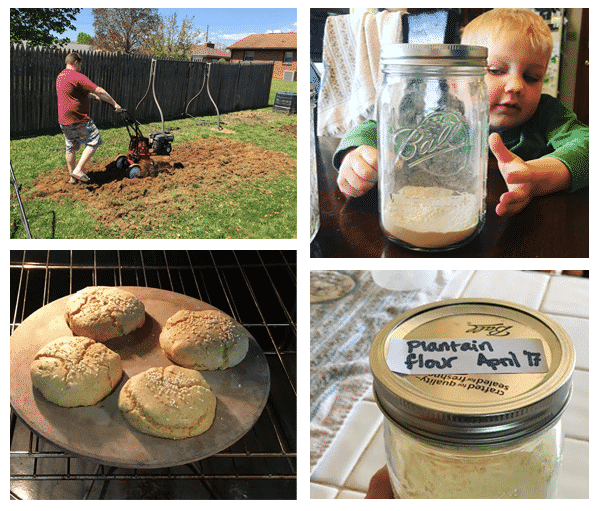 In a typical day, I eat an omelette with some type of dark, leafy green and some uncured, nitrate free ham in it. If we have mushrooms or tomatoes, those go in as well. We fry this omelette in olive oil, or sometimes coconut oil. For snacks, I eat Larabars, as many of them are Paleo, and those that aren’t are a nice, healthy cheating snack that don’t have me going completely overboard. I have also discovered that ants on a log with almond butter is delicious if I make my log out of either celery or bananas. My lunch is either leftover dinner or a salad. I try to put some nuts and some meat of some type in the salad to pack it with protein so I will go longer before I get hungry. I snack on some fruit or a veggie/fruit smoothie between lunch and dinner, and then dinner is meat and veggies with cauliflower rice or sweet potatoes as my carbohydrate. Once a week I try to make a Paleo baked good which usually consists of cookies or bread. I do so using almond, tapioca, cocnut or homemade plantain flour and a natural sweetener such as real Maple Syrup or local honey. We also like to make banana pancakes which is made of just two bananas and three eggs mashed and whisked together and then fried in a naturally occurring oil.

I’m not very good with Paleo yet, even though I’ve been eating it about 80% of the time for about nine months now, but as I go along, I learn little tricks here and there that help things go more quickly for me, or save money as we search for affordable organic apples or organic, grass-fed beef. At first, I ate a lot of the same things, but each month I learn new tricks like how to make cauliflower rice or how yummy it is to mix avocado and tuna together and stuff it inside a sweet pepper. I’m also doing my best to make a better more productive garden this year so I can produce more organic produce than normal and maybe even learn how to preserve it better. Who knows? All I do know is that this is a lifestyle choice I have made in an attempt to better my health and I don’t ever plan on quitting it. In the meantime, I’m starting to notice a huge difference in how I feel—mostly on the days that I deviate from the diet. It’s like I can feel the damage the bad foods are doing to me and my body just can’t wait to return to eating the things that really fuel it and keep it going.

Tell me about your eating habits, are you interested in paleo, vegan, vegetarian, gluten-free or any other unique lifestyle choices?  Already gone paleo, tell me how that works or worked for you!