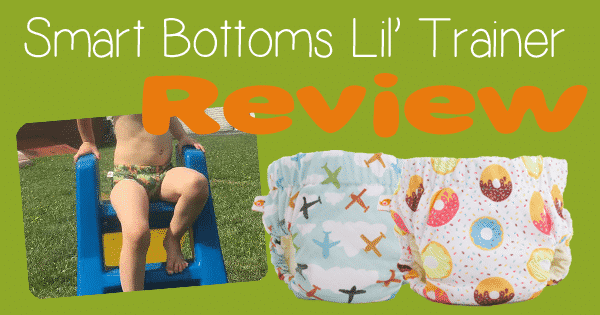 My three year old is potty training and it is a MUCH longer journey than it was for my first child.  When my oldest turned two, we said, “Okay, no more diapers,” gave her a week of “potty training boot camp,” and she was basically good from then on out, with only an accident or two for the next couple of months. My son’s journey has been nothing like that. We’ve been actively potty training him for about six months and he’s still not as far along as his sister was after a week.  Some days, he keeps one pair of underwear dry all day long.  Sometimes, he goes through his training pants like they’re diapers.  He wants the independence of going to the potty at his leisure, but isn’t actually recognizing the cues to go on his own yet. If he has a dry underwear day, it’s because I remembered to send him to the potty at 30 minute intervals all day long. If he has a day full of accidents, it’s partly because I dropped the ball in sending him regularly or looking out for his cues.

“You want something trim and easy for them to slide on and off on their own—something that isn’t super bulky. You want your little learner to feel like a big kid when they start using their new underwear and bulky underwear may just feel like another cloth diaper.”

Choosing training pants—especially for cloth diapered children—can be a difficult task because these kids are used to feeling wet, more so than disposable diaper wearing kids, and it doesn’t really bother them. With accidents happening constantly (like in the case of my son), you really want something that isn’t going to allow puddles in your couch, on your floor, and in your lap. You want something absorbent. However, you don’t want something so absorbent that the child feels like they’re wearing a diaper and doesn’t have to go to the potty. You actually need the training pants to leak a little—enough that they need a change of clothing and their day is interrupted, but not so much that you’re washing the bed sheets or mopping the floor five times a day. You want the child to feel wet so they know immediately when they’ve peed and are aware of having missed an opportunity to pee on the potty. Relieving oneself outside of toilet use should be inconvenient and uncomfortable in such a way that using the potty is inherently encouraged. You want something trim and easy for them to slide on and off on their own—something that isn’t super bulky. You want your little learner to feel like a big kid when they start using their new underwear and bulky, super absorbent trainers may just feel like another cloth diaper. 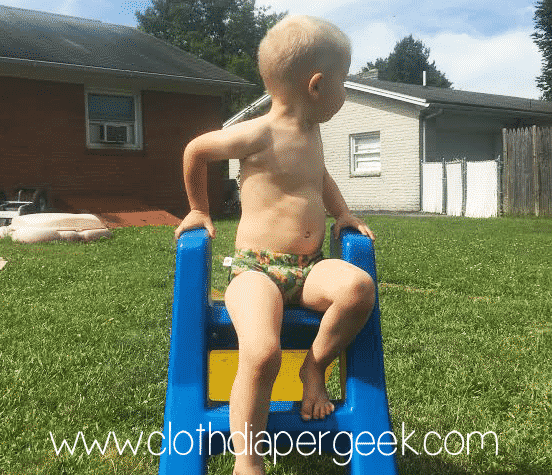 The Lil’ Trainers from Smart Bottoms accomplishes this. They have two levels of absorbency—some sewn into the actual trainers and additional layers that snap inside. There is also some PUL in the wet zone, hidden in between the layers of the underwear to provide a little extra leak protection. However, the pants do leak just enough that your child will be inconvenienced and may even need to change clothes. These trainers are thin, soft, and stretchy and easy for a child to pull on and off all by themselves. My son now takes care of his own messes when he has an accident, unless it’s a poop accident. All on his own, he will take his wet underwear, socks, and pants and put them in the diaper pail and then replace the bottom half of his clothing. He wouldn’t know to do that if his trainers didn’t leak a little.

What I like about the Smart Bottoms Lil’ Trainers is that they are so soft—inside and out—so they feel more like underwear than a cloth diaper. They have the same soft cotton inner that the Smart Bottoms AIOs have and a nice, gentle fit around the legs and the waist. I like that they’re absorbent but not too absorbent and that my son feels like a big boy when he wears them and is able to pull them on and off on his own. I love that they’re teaching him independence and that he is starting to feel confident about wearing his underwear. I also love that they are covered in dinosaurs because that is just one more motivation for him to wear them and feel super cool!

If I could improve anything about these trainers, I think I’d like them to snap open on one or both sides because sliding a poopy pair of underwear down my son’s legs has to be the messiest and most odious job of motherhood. It usually involves a full bath, then cleaning the floor, all the washcloths and towels I used on him and the floor, and then finally cleaning the bathtub and the potty. I like how paper pull ups open on the sides. I think that if there were some discreet snaps on the side of these trainers, it would make solid accidents much more bearable on parents without making the underwear feel like a diaper. Another thing that could be improved is the placement of the tag. It is on the side of the underwear, which makes it hard for my son to differentiate the front of the diaper from the back. It would be nice if there were a tag or a logo on the front/back of the diaper to help toddlers be better able to put the underwear on without
any help.

Let’s go over that, shall we?

•Easy on and off

•Addition of snaps for removal of solid messes.  *This may or may not be an issue depending on your child’s readiness to potty learn.

I definitely recommend these trainers as a viable potty training option. They have just enough absorbency that I feel comfortable taking my son out of the house while wearing them—a tiny accident isn’t going to make a huge mess—but they’re also a step down from the absorbency and leak protection that diapers offer so that he knows when he has had an accident. These seem to be one of his favorite pairs of underwear, too, because they are really easy for him to get on and off, which seems to be the most important feature to him these days. They are definitely a potty training option to consider when the time comes for you to buy training pants for your little learner.

Ready to shop for Smart Bottoms Lil’ Trainers?  Locate your nearest Smart Bottoms retailer here or shop at some of my favorites here.