I was recently given the opportunity to review a great product from Imagination Box Co.  The best part, I’m just doing the writing, my kids were actually the ones doing the reviewing. 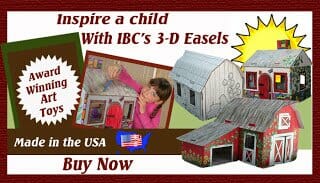 From the moment I heard about Imagination Box Co. I just knew my kids would love the chance to paint their very own playhouse/toy.  We already have had a lot of fun decorating our own boxes, so a box that looks like a castle tower…that would be a dream come true!

Kim, the owner was a pleasure to deal with and I just love supporting small businesses.  She sent us a Castle Tower to try and I kept it a secret from my kids until it arrived.  They’re always asking me if they can paint and I just knew this project would blow their mind.

So before I go on with the review, let me fill you in on the lovely people behind Imagination Box Co.!

Kim and Russ created Imagination Box Co. in 2007.  Their vision, to provide creative, fun, educational, eco-friendly toys that are safe for children and safe for the environment. 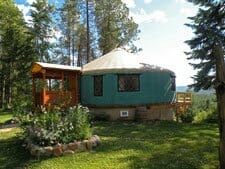 Speaking of the environment, it’s refreshing to see a green company such as Imagination Box Co., where the owners and creators of the product they sell actually practice what they preach.  So many new “green” companies are being run by corporations and individuals who aren’t green at all, they’re just interested in making green dollar bills!

Kim and Russ reside on five acres in Idaho where they live in an environmentally sensitive dwelling called a yurt! They homeschooled their daughters and Imagination Box Co. was born after they began making toys for them out of recyclable boxes and cardboard!


My kids review of the Castle Tower:
The Castle Tower from Imagination Box Co arrived in a recyclable box, of course, and within moments of showing it to my kids we had it put together.  It did come with directions but before I could even refer to them my kids were telling me what went where and how to do it.

They were eager to get started painting it, that’s where we encountered a little trouble.  Let me remind you, I have two 4 yr old sons and an 8 yr old daughter.  Upon seeing the Castle Tower my daughter had her mind made up that it would be painted so delicately and realistically that it would look like a real castle.  My sons on the other hand, had other painting techniques in mind.

There was some fussing, my daughter was not too pleased that they were going against her wishes.  I reminded her that we could always paint over it later if there’s a part of it she’d like to re-do.  It’s a very sturdy cardboard and could easily be worked on and saved for a long time.

Complete with drawbridges, three floors and decorative shields that can be painted and used or applied to the castle for decoration, this castle tower would be a hit for any child or children.  It can simply be admired as a work of art of played with like a dollhouse when you’re done.

Our Castle Tower is still a work in progress and I like that about it.  Overall, I would definitely recommend you try a box from Imagination Box Co.  We love ours and I know your family would love one too!

Special Offer:  Imagination Box Co. has their products marked down 40% off and is also offering an additional 10% off for Cloth Diaper Geek fans!  Use code “Cloth Diaper Geek” at checkout!